The Polish History Museum’s project titled General Stanisław Maczek and his Soldiers has received a distinction in the Education category of the 40th 2019 edition of Sibyl (Sybilla in Polish), the Museum Event of the Year Competition. The award is the highest recognition for Polish museums.

The project General Stanisław Maczek and his Soldiers includes an outdoor exhibition, a documentary film titled Invincible. The Story of General Stanisław Maczek as well as an animated one Marian at War. Its integral part is also a catalogue published in three languages. Last year, the exhibition was shown in Warsaw and the Dutch city of Breda, while currently it is on display in Wrocław. This year, the animated film has received the first prize at the festival of historical films held in Zamość.

‘Like any jubilee, this is a special moment, making one reflect on its history and significance for Polish museologists and museums. (..) In the course of the competition’s forty years, its laurates have included projects making a permanent mark on the history of Polish museology, we remember many of them, and I think that ones to be distinguished today will also be remembered. They are often milestones in terms of thinking about how to stage exhibitions (…) but also conducting research or educational activities,’ the Secretary of State at the Ministry of Culture and National Heritage Jarosław Sellin said during the gala closing of the competition.

The narrative of the exhibition General Stanisław Maczek and his Soldiers leads the visitor from the start of Stanisław Maczek’s military career, i.e. before the First World War and his 1919 promotion on a battlefield, through the September 1939 campaign, the evacuation over Hungary and France to the British Isles, until the landing of the Allies in Normandy and a series of won battles in 1944, during which the 1st Armoured Division of Gen. Maczek liberated successive French, Belgian and Dutch localities from the German occupation. The exhibition closes with the post-war fate of the soldiers, some of whom established families in the West, while some others decided to return to Poland despite the dangers related to the country’s subjugation to the Soviet Union.

Available in three language versions: Polish, English and Dutch, the exhibition has been viewed by more than 150,000 visitors in 2019. It is currently on display in Wrocław at the Depot (Zajezdnia) History Centre until 26 October.

The Sibyl Museum Event of the Year competition is the highest form of recognising achievements in Polish museology. 157 entries have been made this year.

Repair and conservation, reconstruction and construction works at the Roman Baths in the Castle cellars

A simple story about a difficult place

General Stanisław Maczek and his Soldiers

Christmas carol singing in and around Rzeszów

Exhibition at the Palace of the Czartoryski Princes Museum

Museum of Technology and Transport in Szczecin

The magic of instruments. Peculiarities of an invention for three voices

POLIN Museum of the History of Polish Jews

In King Matt’s Poland. The 100th Anniversary of Regaining Independence

POLIN Museum of the History of Polish Jews

Museum of the Second World War in Gdańsk

The Grand Prix of the 2019 Sibyl Competition has gone to the National Museum in Cracow – The Exhibition at the Palace of the Czartoryski Princes Museum.

The Sibyl competition is organised by the Ministry of Culture and National Heritage and the National Institute for Museums and Public Collections. 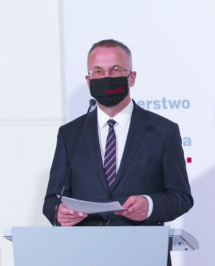 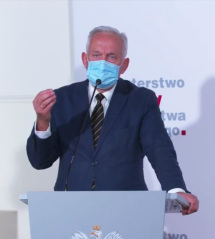 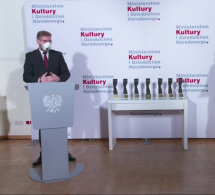