‘A diary which reads like a most interesting novel’: just published in the series ‘The Centenary of Independence. Memoirs and Diaries’, Czas przeszły dokonany (which could be translated as Times Past and Accomplished) by Adam Pragier belongs to literary memoirs which historians cite most willingly.

The book presents Poland’s political history from the start of the 20th century until 1945, set in the context of experiences of the eminent socialist activist.

Adam Pragier’s Czas przeszły dokonany is regarded as the best memoir narrative ever written by a Polish politician. The author was a strong personality, able to make brave choices and say unpopular things. Soon before his death, he wrote: ‘My entire life has been playing out in conflict with those around me. First with my parents, soon with my then wife, later, were I entered the Supreme Board of the Polish Socialist Party (PPS) and then the Sejm, I had grave disputes with most of the PPS parliamentary faction who continued to support Piłsudski although his ruling style increasingly resembled a dictatorship. The same, in a still more acute form, was happening abroad when I was an émigré, when most members of the PPS Foreign Committee supported General Sikorski although the Sikorski–Mayski agreement of the summer of 1941 was already a clear indication of the defeat we suffered in Yalta three years later.’

As Pragier was an independent thinker, resistant to pressure and up for further difficult confrontations, he played a vital role in the anti-Sanation opposition and Tomasz Arciszewski’s government, protesting against the decisions taken in Yalta. His brilliant intelligence, vast interests and literary talent have resulted in a memoir from which the reader can learn a lot and attractive as a piece of literature. Since its first appearance half a century ago when it was published abroad, it has become an invaluable source of information from which we learn about secrets of the Second Republic, e.g. the existence within the PPS of an organisation called Młot [Hammer] set up by Adam Pragier in order to counter the influence of Piłsudski supporters within the party or the extraordinary outcome of the work of the Sejm committee in charge of secret associations.

This historical work, written in excellent literary language as pronounced by Józef Mackiewicz and others and dedicated to Pragier’s life companion Stefania Zahorska, is now published with Andrzej Friszke and Ewa Pejaś in charge of the edition, enriched with contextual commentaries and a foreword offering a summary of the author’s life. 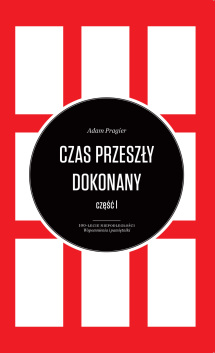 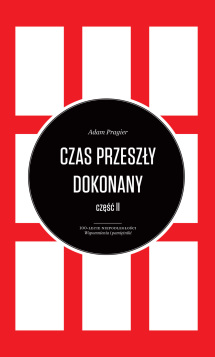 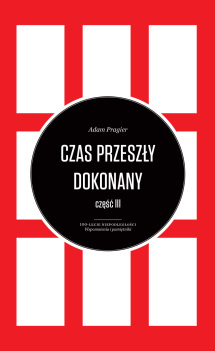