Ignacy Daszyński’s Pamiętniki are his political autobiography and at the same time a chronicle of the movement he co-created.

Ignacy Daszyński was a famous charismatic speaker. His Pamiętniki prove that the leader of Polish socialists was as good a speaker as he was a writer. Daszyński recorded his memories in the same way in which he gave speeches: the text is clear, ordered, and passionate, as the author did not avoid malicious allusions to or ironic comments on his ideological opponents. The initial fragments of the text, devoted to his youth, give us a better understanding of Daszyński’s personal life. In the later narration his experiences as an individual move into the background, becoming a starting point for a story about the achievements of the social democratic movement in Galicia and then about the history of the whole leftist camp in independent Poland. This story ends in an account of the memorable November days in 1918.

This edition, carefully prepared and provided with a critical apparatus, is based on the first edition (1925–1926). The extensive introduction by Kamil Piskała is in fact a new mini biography of Daszyński as a politician, though it also contains a discussion of Pamiętniki’s narration and it ends with a reflection on the legacy of the author and the entire socialist movement, and on how they are (not) remembered today.

Ignacy Daszyński’s Pamiętniki were published in the PHM series 100 Years of Independence: Memoirs and Diaries, which celebrates the 100th anniversary of the restoration of Polish independence. 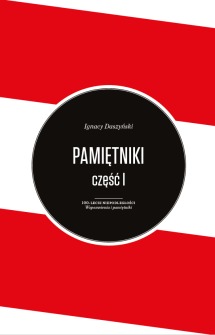 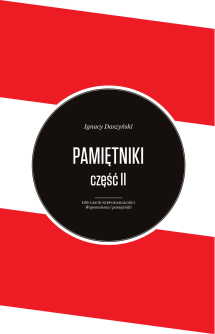