Dzieje parlamentaryzmu angielskiego [The history of British parliamentarism] by Władysław Konopczyński is a fascinating story about the rivalry between two great ideological camps, powerful groups of interest and outstanding individuals, but also about mistakes, negligence and mundane flaws of political leaders.

British parliamentarism is considered one of the greatest achievements of political thought and practice in Europe. Władysław Konopczyński presents its turbulent history by confronting the stereotypical opinions on the topic with facts that not necessarily correspond to the common beliefs about how the British developed their political institutions. The volume includes also texts that present the Polish-British relations in the 18th century. How did the British politics, believed to be very sober and effective, approach the problem of Poland when the Republic was going through the crisis leading to its fall? Were the British people then even able to help Poland effectively? Did the Polish elites have any idea how to become an attractive partner for London in its political game and thus stengthen their position? The answers to the above questions make it easier to understand the nature of Polish-British relations. They are often presented as a clash between the Polish idealism and the English pragmatism; and it is most often the latter that turns out to be the most sensible political attitude. Written by the most prominent Polish researcher of the 18th century and expert in the history of the United Kingdom, the texts in the book provoke us to rethink this dilemma once again. 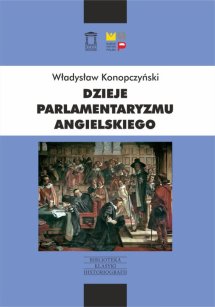