After extensive efforts, the Polish History Museum has been enriched with extraordinary exhibits: a uniform, a beret and a belt belonging to the commander of the 1st Armoured Division, the legendary Gen. Stanisław Maczek. Kept in the collection of the General’s closest family until now, the first-mentioned is a garrison uniform of British design known as a service dress. It was a garment for everyday use, both in the barracks and on ceremonial occasions. The General used it, among other things, when the 1st Armoured Division was stationed in Scotland. Together with the uniform, the beret, which is a part of the field uniform, but often combined with the garrison uniform, was handed over.

‘It is a great honour that my grandfather’s uniform has found its way here, to a museum in Poland’s capital, the Polish History Museum. This year marks the 130th anniversary of his birth. It is a beautiful moment to donate the uniform to the Polish History Museum. […] The uniform came back alone, without the hero who wore it. [...] Grandfather used to say: a Polish soldier fights on all fronts, but dies only for the Polish homeland,’ said General Maczek’s granddaughter Karolina Maczek-Skillen.

‘General Stanisław Maczek is a legendary figure. He was an outstanding commander of the Polish Army. I would say that he was prudent and romantic at the same time. He took part in four wars. He fought for Poland’s freedom in many parts of the world and during the September 1939 Campaign, in France and in Great Britain. He also always remained faithful to the Polish raison d’état and the honour of the Polish uniform. [...] He was also loyal to his soldiers. It is worth remembering that when in exile, he was a great authority and support for them, he never abandoned them. [...] He was also an outstanding manager, an outstanding commander, someone who could simply be superb on the battlefield, someone who, generally speaking, invented armoured troops in Poland. We are very happy that this uniform has found its way into our collection’ said PHM Director Robert Kostro.

‘We would like to thank the management of the Polish History Museum for making General Stanisław Maczek’s uniform part of its collection. We are glad that this exhibit will remind us of the glorious traditions of the Polish Army and recall the commendable attitude of the soldiers of the 1st Armoured Division, who, as General once said, fought for your freedom and ours, but died for their fatherland. We agreed with Karolina [Maczek] that the best place [for this uniform] would be the Polish History Museum,’ said Jan Kotowicz, a member of General Maczek’s family.

The event marks the continuation of the work carried out by the Polish History Museum commemorating General Stanisław Maczek and the 1st Armoured Division. In 2019, the mobile exhibition General Stanisław Maczek and his Soldiers was presented. Since its first showing in Warsaw, it has visited Breda, Żagań, Wrocław, Tokarnia, Lublin and Gdynia. Also in 2019, two films produced by the Polish History Museum premiered. The first of these, the documentary Invincible. The Story of General Stanisław Maczek, received the Janusz Kurtyka Award in 2020 at the gala of the 27th edition of the Association of Polish Journalists Awards competition. The other film is an animation Marian at War, telling the story of Marian Walentynowicz, the creator of the character of Matołek the Billy-Goat and a soldier of Maczek’s division during the Second World War. In 2020, this picture received the award for best animation at the 8th edition of the Encounters with History Film Festival in Zamość.

In October 2021, the inauguration ceremony of the Maczek Memorial in Breda, co-created by the Polish History Museum, took place. The main element of the permanent exhibition of the Memorial is an interactive multimedia wall created by the PHM, which displays animations telling the story of six soldiers of the 1st Armoured Division. 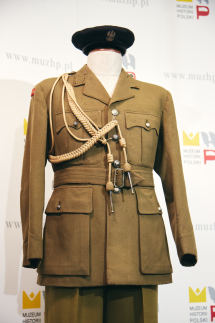 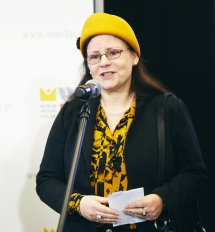 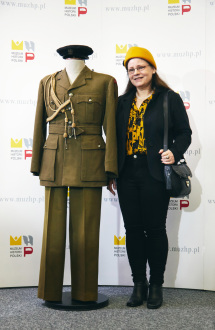