This week, an open-air exhibition prepared by the Polish History Museum titled The Constitution of 3 May 1791 has opened in Lutsk, Ukraine. The festive event was attended by Poland’s Consul General in Lutsk Sławomir Misiak, Bishop Witalis Skomarowski as well as representatives of municipal and country (oblast) authorities and the Polish diaspora in Lutsk, scholars and journalists.

Dr Oleh Razyhrajew of the Lesya Ukrainka Volyn National University introduced the history of the Constitution for the benefit of the audience.

Prepared by the Polish History Museum and the Lithuanian Institute of History in Vilnius, the exposition is part of the 230th anniversary of the adoption of the Constitution observed this year.

The viewer has been given the opportunity to become familiar with what impacted the shape of the Law on Government, as the Constitution was officially called: on the one hand the dynamic development of public thought and bold reforms of selected areas of public life, and on the other the difficult political situation inside the country and in the international context. The exhibition also shows the pride and joy accompanying the adoption of the pioneering legal act, the enthusiastic reaction of the foreign press to it as well as the strength the memory of the Constitution of 3 May 1791 gave the residents of the Polish–Lithuanian Commonwealth in the dreary times of the partitions and later under communist rule after the Second World War. The authors have selected the most typical cultural texts illustrating the phenomena showcased in the exhibition: paintings and literary works, prints of the period as well as photographs. In the Ukrainian-language version of the exhibition, more attention has been given to the themes related to the situation of the Greek Catholic and Orthodox Churches as well as the 1792 Polish–Russian war and the Partition Sejm in Grodno.

The exhibition Lutsk The Constitution of 3 May 1791 presented next to the cathedral of Lutsk is on display until the end of June, to be then shown in other towns of the Volyn and Rivne Oblasts.

The exhibition’s patron is Małgorzata Gosiewska, Deputy Speaker of the Polish Sejm. 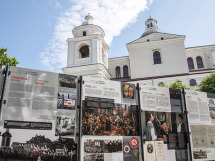 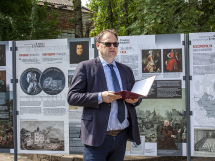 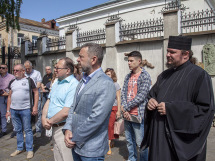 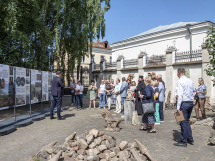 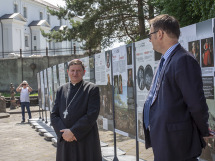 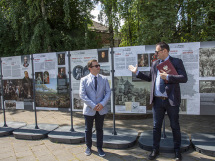 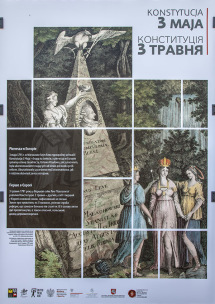 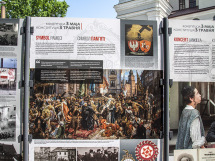