After more than 75 years, the ‘Michał Sokolnicki collection’: the property, archives and library of the last ambassador of the Second Polish Republic to Turkey, is returning to Poland. This is probably the most complete and best preserved collection of Polish diplomatic memorabilia from the interwar period and the Second World War. On Monday, President Andrzej Duda and the Deputy PM and Minister of Culture, National Heritage and Sport Prof. Piotr Gliński, both on a visit to Turkey, acquainted themselves with a part of the collection.

The agreement for the purchase of the memorabilia and archival materials left behind by Ambassador Michał Sokolnicki was signed last Saturday by Robert Kostro, Director of the Polish History Museum. The recovery of the collection was preceded by many years of discussions involving the Polish Ministry of Culture, the Embassy and institutions subordinate to the Ministry of Culture, National Heritage and Sport. Thanking the staff of the Polish History Museum, the Ministry and diplomats, Deputy Prime Minister Piotr Gliński stressed that caring for historical heritage was the duty of Polish Government. ‘The acquisition of such an extensive and largely intact collection is part of the activities of the Polish Government and the Ministry of Culture, National Heritage and Sport, one of whose priorities is the recovery of artefacts, memorabilia and documents important to our history and our political community. I wish to thank Turkey and its authorities for their help and the collection’s holder to date for preserving a fragment of our history,’ Deputy Prime Minister Gliński said.

‘The collection is going to be transferred to the Polish History Museum. This unique set includes, among others, extensive archives of the Polish Embassy from the Second World War, a library of more than 3,000 books, including old prints from the 16th and 18th centuries, as well as items of personal use of Ambassador Sokolnicki, one of the closest associates of Józef Piłsudski,’ PHM Director Robert Kostro emphasised.

Michał Sokolnicki (1880–1967) was a historian, politician and diplomat. Born into a landowning family, he studied in Paris at the elite School of Political Sciences (Sciences Po) and at Lvov University (under Szymon Askenazy). He was an activist of the Polish Socialist Party, and before the First World War he joined ‘Strzelec’ (Riflemen’s Association). He became Józef Piłsudski’s private secretary. During the First World War, he was secretary to the Supreme National Committee, among other things. In 1919, Sokolnicki was a member of the delegation to the Paris Peace Conference. Later, he worked in diplomacy, serving as ambassador to Denmark and Turkey (from 1936), the time of his holding the latter post coinciding with the Second World War. In September 1945, after Turkey’s recognition of the communist-led Provisional Government of National Unity in Warsaw, Sokolnicki was forced to leave the embassy. He remained in exile in Turkey, where he lectured at Ankara University. After the war, he collaborated with institutions in exile, including the Piłsudski Institute in New York, the Polish Institute of Science and the Paris-based Kultura.

Michał Sokolnicki was the author of historical books, including a biography of his ancestor, General Michał Sokolnicki (1760–1815), a hero of the Napoleonic era, works on international politics, and memoirs. The last mentioned, including Fourteen Years (Warsaw 1936) and Ankara Diary (London 1965, London 1974) are of great historical value.

After the death of Sokolnicki and his wife Irena, documents relating to his activity as ambassador, as well as his private materials and letters, photographs, manuscripts and typescripts, his book collection, furniture, prints, family paintings and objects of everyday use were bought by the private Turkish collector Otto Herman Woeber in the 1970s. For over 40 years, efforts had been made by the Ministry of Culture, National Heritage and Sport and the Ministry of Foreign Affairs to recover these mementoes. The collection is of enormous significance for a better understanding of both Sokolnicki’s rich activity and the functioning of the Second Polish Republic’s diplomacy.

Thanks to the commitment of the Museum of Polish History and the Embassy of the Republic of Poland in Ankara, as well as the decisive support of Deputy Prime Minister Piotr Gliński and the Ministry of Culture, National Heritage and Sport, negotiations were concluded last Saturday and the first batch of the collection has already reached the embassy.

The acquired collection includes, among others:

- 15 portraits of the Sokolnicki family;

- three antique textiles, including a rare carpet dated at 1800, probably made in Poland;

- more than 60 objects of handicraft and decorative arts related to the ambassador’s life;

- over a dozen items of private furniture and furniture used in his study;

- more than 40 prints and engravings;

- over 3,200 books from the 19th and 20th centuries: the collection contains many rare items, such as Polish, English, French and German publications on foreign policy, history and art history; it also includes works on Turkish history and culture and bibliophilic editions dedicated to the Sokolnicki family from the Florentine printing house of Tyszkiewicz; 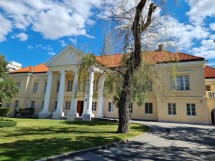 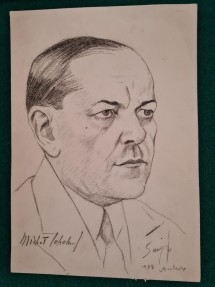 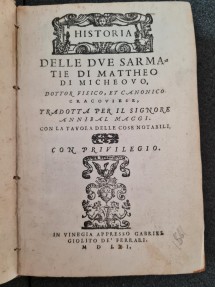 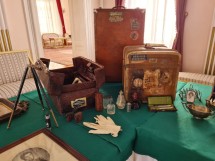 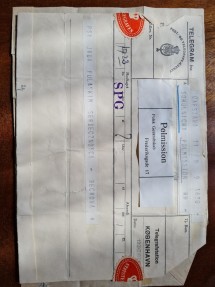 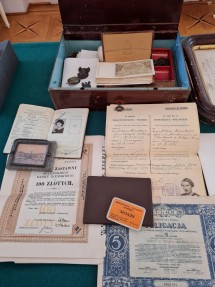 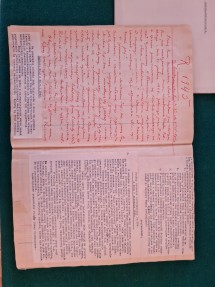 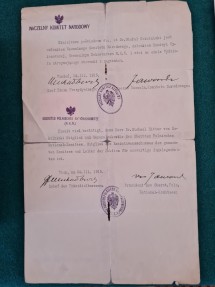 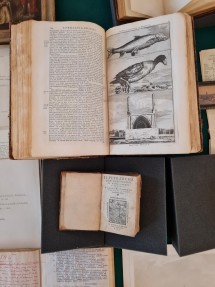 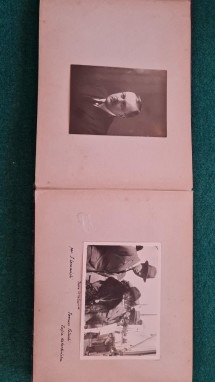 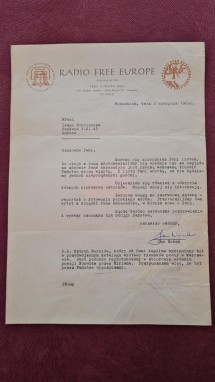