A soldier who never lost a battle, Gen. Stanisław Maczek is the main protagonist of an open-air multimedia exhibition organised by the Polish History Museum in cooperation with the General Maczek Museum in the Dutch city of Breda in three language versions.

Anyone visiting a dedicated pavilion at 66, ul. Krakowskie Przedmieście in Warsaw on 3–28 September will have an opportunity to see unknown photographs, watch snippets of wartime chronicles or listen to recordings featuring recollections of soldiers from the 1st Polish Armoured Division, and even Gen. Maczek himself. That way, one can learn not just about the course of individual battles in 1939 and 1944, but the daily life on the front and in the barracks: what the soldiers ate, how they spent their free time or how they coped with omnipresent death and longing for their families left behind in Poland.

The exhibition narrative leads the visitor from the start of Stanisław Maczek’s military career, i.e. before the First World War and his 1919 promotion on a battlefield, through the September 1939 campaign where the 10th Cavalry Brigade under his command shielded the ‘Kraków’ Army against the Germans, the evacuation over Hungary and France to the British Isles, until the landing of the Allies in Normandy and a series of won battles in 1944, during which the 1st Armoured Division of Gen. Maczek liberated successive French, Belgian and Dutch localities from the German occupation. The exhibition closes with the post-war fate of the soldiers, some of whom established families in the West, while some others decided to return to Poland despite the dangers related to the country’s subjugation to the Soviet Union.

The exhibition ties up with two important anniversaries: the September one of the outbreak of the Second World War and that of 29 October, the 75th anniversary of the liberation of the Dutch city of Breda.

‘September 1939 is not just about defeats. There was also a well-led counteroffensive on the Bzura River, the stopping of a Panzer column at Mokra, and - last but not least - the 10th Cavalry Brigade under the command Gen. Maczek deserving more recognition. On the eightieth anniversary of the outbreak of the Second World War, our Museum wishes to recall a commander who never lost a single battle over his entire career,’ Robert Kostro, director the Polish History Museum, said.

‘Apart from the heroism of Polish soldiers, it will be possible to see some less obvious aspects of the war. The photographs and accounts show the soldiers’ daily life: resting after combat, caring about equipment on which their lives depended, the ways of spending free time, their diversions and - last but least - love affairs and romances many of which led to marriages,‘ said Wojciech Kalwat, the exhibition curator.

The mobile exhibition is a part of a broader project devoted to Gen. Maczek, funded by the Ministry of Culture and National Heritage and involving cooperation between the Polish History Museum and the General Maczek Museum in Breda in preparations for a permanent exhibition of General Maczek’s Memorial in Breda. The PHM is also going to produce a documentary about Stanisław Maczek and the 1st Armoured Division. It will be directed by Rafał Geremek, an eminent author of historical films. Another film in the making is an animation entitled Marian on the Front, inspired by drawings by Marian Walentynowicz, a wartime correspondent at the 1th Armoured Division and more broadly known as the creator of Koziołek Matołek (The Billy-Goat). The animated film is to focus on his life during the war.

The open-air exhibition is going to be accompanied by a catalogue and an online exhibition on the international platform Google Arts & Culture. Further, an international scientific conference is planned for 2020.

The open-air exhibition General Stanisław Maczek and His Soldiers will be offered to the public free of charge to visitors at ul. Krakowskie Przedmieście in Warsaw between 3 and 28 September 2019. Then it is going to move to Breda, with viewings available between 11 October and 3 November on the occasion of the celebrations related to the 75th anniversary of the city’s liberation.

The exhibition is co-funded by the Minister of Culture and National Heritage. 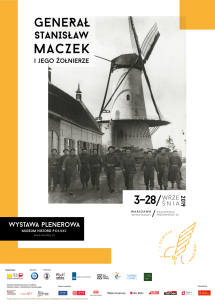 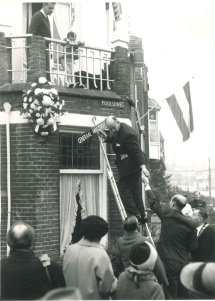 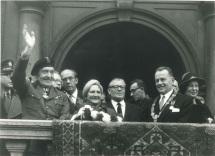 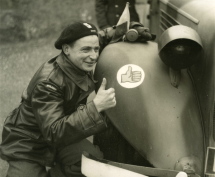 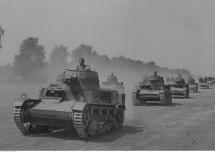 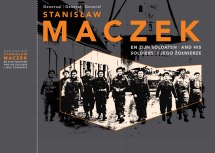